May 22, 2021 11:53
Golden Wings Music welcomes Ryan Sullivan to the label with his new Exclusive Mix. The producer mixed the tracks of our new release Unique Series 5.Ryan is back in our family as a special guest on Golden Wings Music 7th......Read more 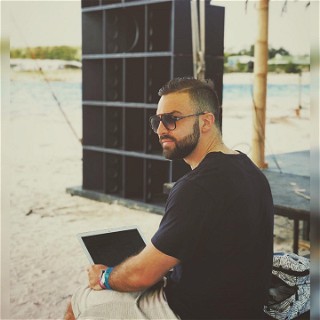 Coalescing his South African roots with an unwavering infatuation with the deeper spectrum of underground electronic music, London-based producer AIDON focuses on the dusky, esoteric foundations of Progressive & Melodic House.

Known by his peers as “Don”, an unapologetic Godfather reference, AIDON leans into themes of respect, and family, both of which are part and parcel of the underground music community. For AIDON, music is who he is, his identity and his driving force. He believes dancefloors have the power to bring together people from all walks of life for a fleeting moment of escapism from the real world, a place where all negativity is left behind, and human bonds are ignited through sonic frequencies and dance.

Hailing from Johannesburg, the city played a vital role in shaping AIDON's early love for Afro House and Tech. However, it wasn't until his introduction to Cape Town's underground scene that his gravitation towards the deeper sounds of progressive Techno began to take hold. It was also in Cape Town where AIDON started Funktion Koncepts with some friends, a company that specialises in providing the mighty Funktion-One sound systems to Techno festivals, with this venture igniting his passion to get involved behind the decks.

After a life changing two years of backpacking and attending Europe's biggest Techno festivals, AIDON settled down in London. Inspired by his experiences and influenced by artists such as BolsteR, Rodriguez Jr, Einmusik, Cristoph and Booka Shade, AIDON's mystical and progressive strain of Techno is built around forceful, epic and uplifting melodies that promise to transport listeners to otherworldly, cosmic realms.